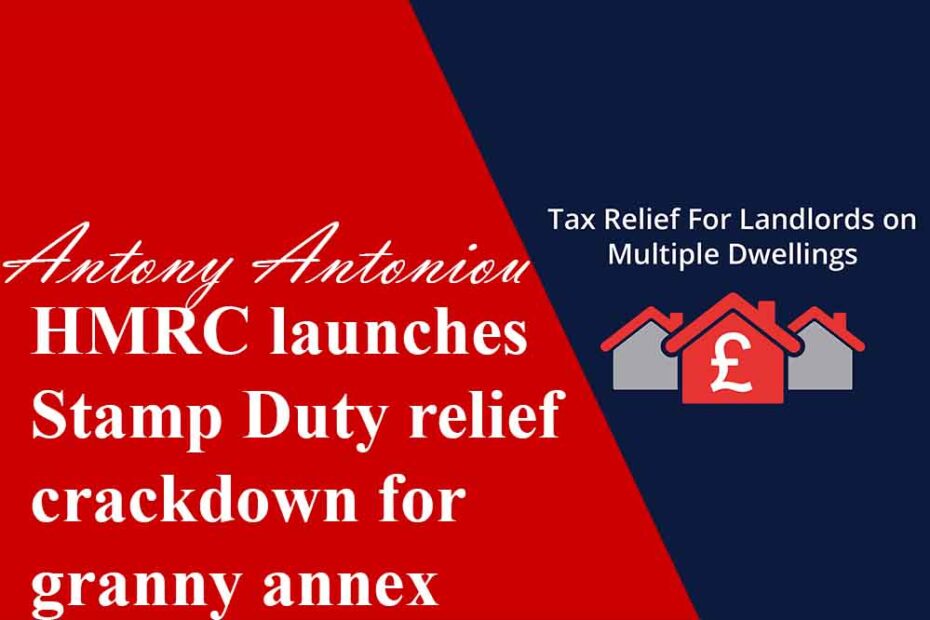 Stamp Duty is one of the biggest additional costs that you have to take into account when purchasing a property.

Indeed, the fact that the Stamp Duty thresholds were relaxed over the last year have been a big factor in the high levels of transactions and subsequent house price growth that we have seen.

However, there are some instances when Stamp Duty is not charged, or at least is reduced.

And this week the taxman has announced plans to crack down on the apparent abuse of one of those instances: when people purchase multiple properties in one go.

How the tax relief works

As things stand, there is a tax relief on offer when someone buys more than one dwelling within a single transaction. So for example, if I bought two properties next to each other, then there is the potential to reduce the tax bill.

This can mean big savings if you’re purchasing two properties of very different sizes, for example, a main property and an attached flat.

A relatively common example of purchasing multiple dwellings in one go is when buyers snap up a property that has an annex as a separate property.

This can be particularly suitable for people that want to live close to older family members, utilising a so-called ‘granny annex’ so that they can keep an eye on elderly loved ones.

In its consultation document, the Government pointedly mentions that it doesn’t want to “discourage” such arrangements, but emphasises that “it is not acceptable for multiple dwellings relief to be abused where there is no genuine annex for family use”.

According to the taxman the multi-dwelling tax relief has led to the emergence of a host of ‘Stamp Duty reclaim agents’, essentially firms that push people who have purchase a single large dwelling to resubmit their forms in a bid to qualify for this relief.

The idea here is that by claiming that some portion of their existing property actually counts ‒ or at least could count ‒ as a separate dwelling, then they may qualify for the relief.

The taxman set out a handful of examples of incorrect claims for this tax relief which it has seen recently. They included:

The taxman is now consulting on possible changes to the way that multiple dwellings relief work in order to close the loopholes that some purchases have been trying to exploit, with a host of potential options.

Perhaps the most straightforward ‒ and one which would clearly impact those who want to utilise a ‘granny annex’ property close by ‒ is the suggestion to raise the minimum threshold for the number of dwellings within a transaction to three.

In other words, you’ll only qualify for the relief if you purchase three separate dwellings in one go, rather than two.

So for example, if I were to buy a £500,000 property, with a £150,000 annex flat attached, it would not qualify for the tax relief under the new system. However, under the current rules, it would.

It’s obviously a good thing that the taxman wants to crack down on the way that this tax relief is being abused.

Clearly, the fact that some are trying it on, and attempting to get away with positioning their en-suite as a dwelling is a farce, no matter how many microwaves or kettles you can fit in there.

But the taxman has to be very careful not to throw out the baby with the bathwater here. Doing a better job of catching what is essentially a form of fraud should not mean punishing families who are simply making use of a tax relief that is legitimately open to them.